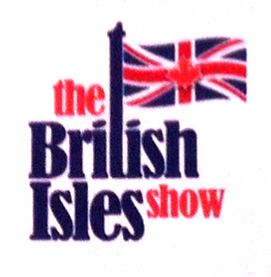 New Date, New Venue
Returning for its 22nd year, Canada's British Isles Show returns on a new date and with a new location. Following a 2-year hiatus, the British Isles Show will be held March 8,9 and 10 at Hall 6 in the International Centre in Mississauga (near Toronto Pearson Airport).

New Team
Show organizer, Brian Martin, has teamed up with Premier Publications and Shows (a division of Metroland Media, wholly owned by Torstar Corporation) to make this the best ever British Isles Show.

Entertainment!
The show will host a variety of exhibitors representing the British Isles, including food, specialty products, travel and more. Entertainment will also play a large part in the weekend event with celebrity guests and entertainers. "We also hope to add a few surprises as well" said Katherine Breeson, General Manager for Premier.
Posted by Blighty's Tuck Store at 3:50 PM