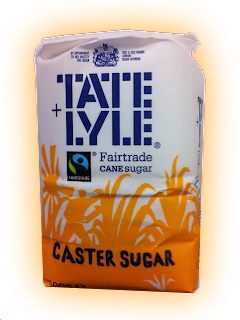 Why Caster Sugar?
Surely regular granulated sugar will do eh? Well perhaps it will if all you want to do is stir it into your cuppa. But if you are using the sugar for baking you have to be careful.

That's Fine
Caster sugar is a finer-grained form of sugar than granulated. It is not as fine as "icing" or "confectioner's sugar" but its fine granules enable it to dissolve more quickly and more thoroughly than granulated sugar.

Wow, or ...
If you are making meringues, puddings, jellies or cakes, and you want the kind of taste and texture that makes the difference between ordinary and "wow", then it's the little details like this that make all the difference.

Get the Cane
We received a special shipment of Tate & Lyle caster sugar from the UK recently. Half kilo bags are just $3.99. This is not a regular item so, if you are a keen home baker, it's a good idea to grab hold of enough for your winter baking needs while stock lasts.
Posted by Blighty's Tuck Store at 3:00 PM No comments:

Porkies and the Truth About British Nuts 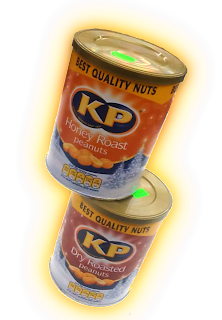 What?
In the English Midlands, not far from the ancient city of Leicester, lie thousands of acres of rich, sun-baked soil upon which lie some of the largest peanut farms in the world.

Are You Nuts?
From these giant farms, whose fields stretch all the way from the hard shoulder of Britain's M1 motorway to the borders of the fenlands of eastern England, KP harvests the finest, plumpest, richest-flavoured peanuts to be found anywhere.

Yes, You Are Nuts! Bonkers! Cuckoo!
Humbug. What a load of old codswallop. But it was a nice story wasn't it? If Leicestershire ever gets the kind of semi-tropical conditions necessary for growing peanuts there will be palm trees growing in Orkney.

At Last, the Truth!
Anyway, wouldn't it be nice to have a nice big tin of peanuts prepared the British way to perch on the arm of the sofa while you enjoy the odd sip of Christmas cheer and nod off during the Queen's Christmas message to the Commonwealth on the goggle box after a honking great plate of turkey with all the trimmings and way too much Christmas pud with rum sauce followed by mince pies? Now that sounds good and ain't that the truth!
Posted by Blighty's Tuck Store at 5:36 PM No comments: 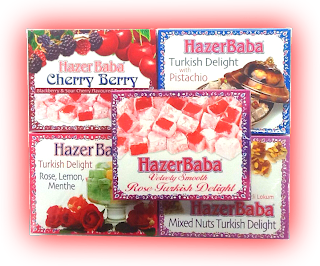 Hokum?
Actually, Lokum (as it is called in its home and native land) is thought to be much older than that, but the confectionery prepared in the manner in which we have come to know it was first produced by a Turk called Bekir Effendi at his shop in Istanbul in that year.

Choice of Flavours
Lokum, flavoured with Lemon or Rose is considered "common". Premium lokum is made with nuts - especially pistachios. It is a mixture of starch, sugar and flavourings. Which do you like best?

From the Orient to Britain to Canada
Blighty's has brought in a selection of Turkish Delight specially for Christmas. It was imported into the UK by a British company in Kingston-Upon-Hull directly from Istanbul and made its way to Canada for your pleasure.

Choose Rose, Lemon and Menthe, or Cherry Berry, Pistachio or Mixed Nuts. Just $6.99 for a 125g pack.
Posted by Blighty's Tuck Store at 4:35 PM No comments: 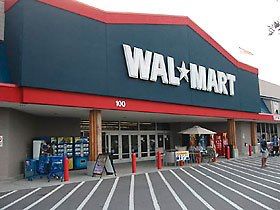 I thank those of you who have already pledged your support to us and I hope others will do the same.
Posted by Blighty's Tuck Store at 5:34 PM 1 comment: 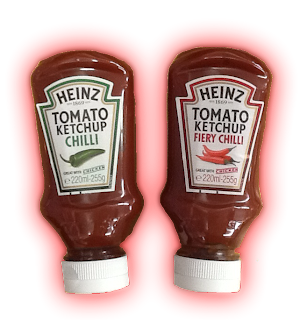 Ketchup with Kick
Heinz original and much loved recipe expertly blended with chilli for an extra kick. Choose regular or Fiery!

Heinz recommends imported British Tomato Ketchup with Chilli on chicken, but Blighty's research has revealed that it is splendid on ham or cheese sandwiches too.

Squeeze Me
220ml squeezy plastic jars are just $3.49, but hurry, this is a special order shipment that will not be available on a regular basis.
Posted by Blighty's Tuck Store at 5:22 PM No comments: