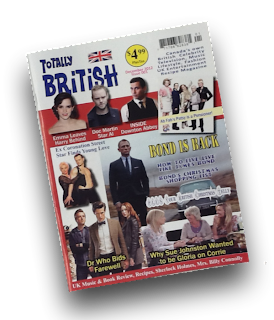 The much anticipated first issue of the brand new "Totally British" magazine has been published and copies are available at Blighty's.

Totally British is produced by the publishers of the very popular "British Canadian" newspaper and is on newsstands everywhere for the very modest price of $4.99.

Let's get behind this new magazine and give it the support it deserves! Buy your copy on your next trip to Blighty's, or order it online for shipping direct to your home.
Posted by Blighty's Tuck Store at 10:52 AM